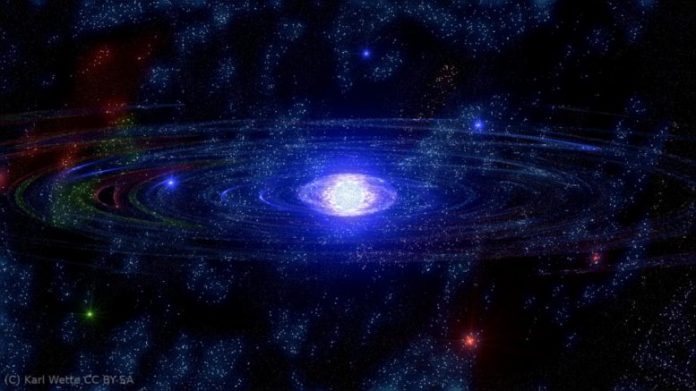 Remember the days prior to working from house? It’s Monday early morning, you’re running late to beat the traffic, and you can’t discover your cars and truck secrets. What do you do? You may attempt moving from space to space, casting your eye over every flat surface area, in the hope of finding the missing out on secrets. Of course, this presumes that they are someplace in plain sight; if they’re concealed under a paper, or fallen back the couch, you’ll never ever find them. Or you may be so persuaded that you last saw the type in the cooking area and look for them there: inside every cabinet, the microwave, dishwashing machine, back of the refrigerator, etc. Of course, if you left them on your night table, overthrowing the cooking area is destined failure. So, which is the very best method?

Scientists deal with a comparable quandary in the hunt for gravitational waves—ripples in the material of area and time—from quickly spinning neutron stars. These stars are the densest items in the Universe and, supplied they’re not completely round, give off a really faint “hum” of constant gravitational waves. Hearing this “hum” would enable researchers to peer deep inside a neutron star and find its tricks, yielding brand-new insights into the most severe states of matter. However, our extremely delicate “ears”—4-kilometer-sized detectors utilizing effective lasers—haven’t heard anything yet.

Part of the difficulty is that, like the missing out on secrets, researchers aren’t sure of the very best search method. Most previous research studies have actually taken the “room-to-room” technique, searching for constant gravitational waves in as several locations as possible. But this suggests you can just invest a restricted quantity of time listening for the telltale “hum” in any one area—in the very same method that you can just invest so long gazing at your coffee table, attempting to determine a key-shaped things. And given that the “hum” is extremely peaceful, there’s a likelihood you won’t even hear it.

In a research study just recently released in Physical Review D, a group of researchers, led by postdoctoral scientist Karl Wette from the ARC Centre of Excellence for Gravitational Wave Discovery (OzGrav) at the Australian National University, attempted the “where else could they be but the kitchen?” technique.

“Our search was significantly more sensitive than any previous search for this location,” states Wette. “Unfortunately, we didn’t hear anything, so our guess was wrong this time. It’s back to the drawing board for now, but we’ll keep listening.”