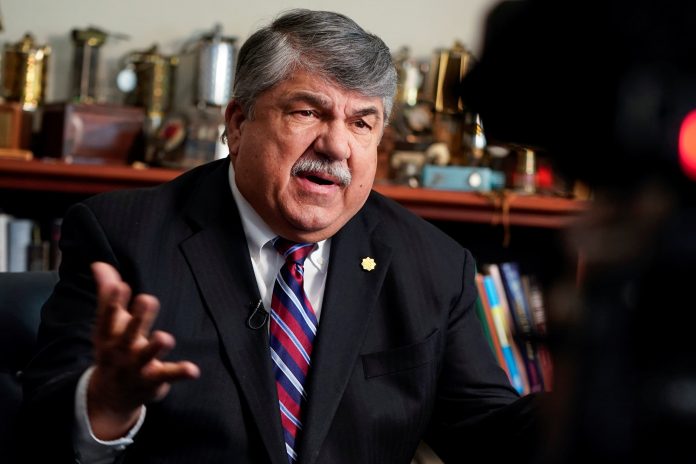 President of the AFL-CIO Richard Trumka discusses his function in protecting labor defenses in the USMCA trade arrangement throughout an interview with Reuters in Washington, December 19, 2019.

AFL-CIO President Richard Trumka called it “one of the greatest assaults on our democracy since the Civil War.” UAW President Rory Gamble explained it as “a very sad day for our nation and our democracy.”

“This is truly a singular point in our history. The violence at the Capitol today is a deliberate and despicable attempt by extremists to disrupt our great republic,” Gamble stated in a declaration. “It will not succeed. We, as a nation, are stronger than this one shameful incident.”

Trumka, who has actually dealt with the Trump administration over the last 4 years, mainly blamed the president for initiating the actions.

“Today’s attempted coup has been years in the making as @RealDonaldTrump consistently spews venom, conspiracies, hate and lies to his supporters,” he tweeted Wednesday afternoon. “They are carrying out his wishes, and far too many Republican lawmakers have enabled and even encouraged this violent threat to our republic.”

Trumka, whose federal company represents 12.5 million individuals from 55 unions, stated the actions of protestors “violate the constitutional rights of every law-abiding American and the labor movement.”

Trumka was selected a member of the White House’s Great American Economic Revival Industry Groups, developed in 2015 as part of the president’s efforts to resume up parts of the U.S. economy throughout the coronavirus pandemic. He likewise dealt with the administration to change the North American Free Trade Agreement, now referred to as the U.S.-Mexico-Canada Agreement.

Gamble, whose Detroit-based union represents almost 400,000 individuals, advised the country to come together.

“This is a day none of us should or will ever forget. But please let us remember that there is much work to be done — and we must take the personal responsibility to do it together,” he stated. “We are the United States and unite we must. I urge us all to work together to move forward and heal our nation.”

Both the AFL-CIO and UAW in 2015 backed President-choose Joe Biden over Trump.