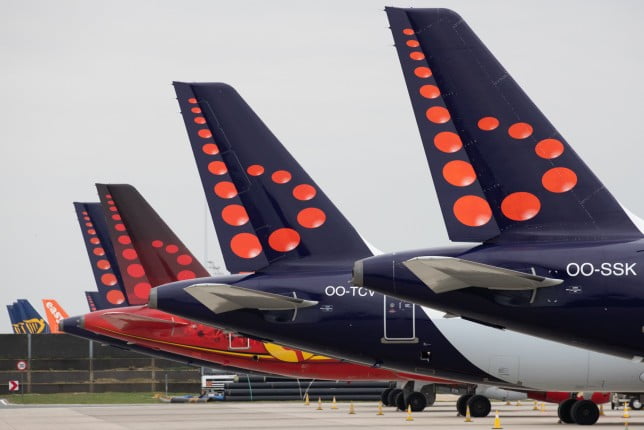 An airline company has actually supposedly flown 3,000 empty flights this winter season, in an ecologically harmful effort to keep its landing slots.

Belgium’s Brussels Airlines states it will need to run an additional 3,000 under-capacity journeys approximately completion of March– while its moms and dad business will fly 15,000 more.

The discoveries– which will irritate environment specialists– stack pressure on the European Union to additional ease guidelines on airport liftoff and landing slots.

‘Ghost flights’, which see essentially empty aircrafts release large amounts of carbon into the environment in spite of having couple of or no travelers on board, have actually been a function of the pandemic.

But providers state the requirement for them to utilize 50% of their slots– below 80% in pre-pandemic days– is requiring them to fly or deal with losing the privileges.

A slow go back to flight– with travelers postponing strategies due to the Omicron Covid alternative and fears about rapidly altering limitations– is dragging out the practice longer than airline companies had actually prepared.

Belgium’s transportation minister, Georges Gilkinet, has actually composed to the European Commission prompting it to loosen up the slot guidelines, arguing the repercussions run counter to the EU’s carbon-neutral aspirations.

The existing lowered quotas were presented in March in 2015 in a nod to the difficulty airline companies were dealing with from a 2nd year of Covid.

In December, the commission stated the 50% limit would be raised to 64% for this year’s April- to-November summertime flight season.

Met officers fear Londoners do not trust them after Sarah Everard murder.

‘Despite our urgings for more flexibility at the time, the EU approved a 50 percent-use rule for every flight schedule/frequency held for the winter. This has clearly been unrealistic in the EU this winter against the backdrop of the current crisis’, a spokesperson for the International Air Transport Association (IATA) stated.

He included that the commission required to reveal more ‘flexibility… given the significant drop in passengers and impact of Omicron numbers on crewing planned schedules’.

But a commission representative on Wednesday stated the EU executive thought ‘the overall reduced consumer demand… is already reflected in a much-reduced rate of 50 percent compared to the usual 80 percent-use rate rule’.