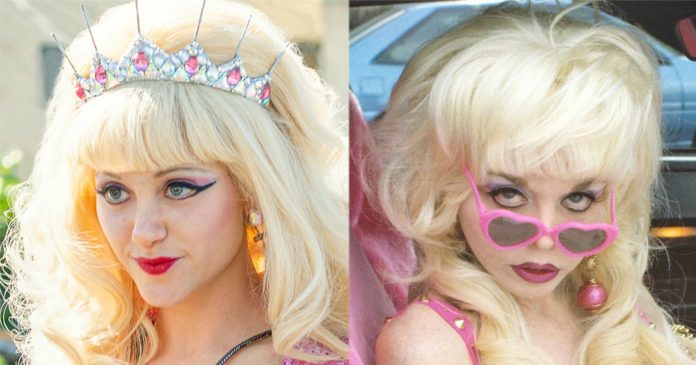 In the series, a high school yearbook picture of Angelyne is revealed which suggests she was born to Holocaust survivors in Poland in1950 Angelyne informed Inside Edition that the picture is not her. When they attempted asking more about the picture “she threatened to end the interview.”

In a special declaration to E! News, the program’s manufacturers UCP and Peacock firmly insisted that Angelyne is suggested to be an event of its topic.

“This series has embraced the legend and legacy of Angelyne from its inception,” the declaration checks out. “There have been no bigger advocates for celebrating her than Emmy Rossum and the producing team, who approached the storytelling with love, admiration and respect. We were happy to have Angelyne on board during the creative process and are very proud of this show.”

Angelyne’s displeasure of the series is a bit curious, viewing as she and Rossum fulfilled for 4 hours prior to recording.

“I just told her from the heart how moving I find her life, her power, how original she is,” Rossum informed E! News’ Daily Pop about their conference, “what a kind of renegade I think she is and what I hope to achieve with this story, which is to embue it will all of the kind of magic and whimsy and fairytale storytelling that she has made her performance art of.”