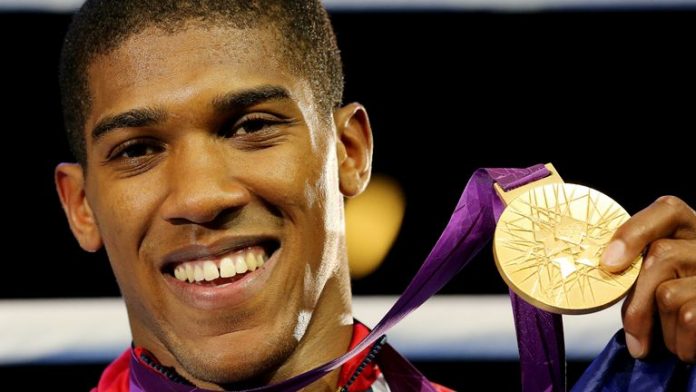 Clarke: “The stage I’m at? I feel like 2020 would have been the time for me to become Olympic champion”

Anthony Joshua’s best achievement is his 2012 Olympic gold medal because it “is the ultimate, the pinnacle” according to Frazer Clarke.

Clarke was in pole position to be Team GB’s super-heavyweight representative at the Games originally scheduled in Tokyo this summer, but his dream is now in doubt after they were rearranged for 2021.

“I’ve seen what it does for people’s lives. Could I wait it out? Yes because that feeling won’t be matched,” Clarke told Sky Sports.

“AJ is an Olympic gold medallist and a world champion. If I asked him tomorrow ‘which one felt the best?’ I’m not too sure he would say the professional world title. The Olympics is the ultimate.

“The Olympics is the ultimate in sport, it is the pinnacle.”

Clarke missed out on representing Team GB at the previous two Olympics – Joshua was the 2012 super-heavyweight on home soil in London and won gold. Joe Joyce went to Rio and controversially lost in the final to take the silver medal.

Clarke is now 28 and, due to the coronavirus pandemic, is questioning whether his Olympic hopes can ever be fulfilled.

“It has been difficult, there have been ups and downs,” he said.

“Everything goes through your head – do I stay [in the amateurs] another? What are my best options? It definitely throws you.

“Do I still want to go to the Olympics? These questions are buzzing through my head and are changing day by day.

“I know how hard I’ve worked to go to the Olympics and it’s a dream so it’s more likely [that I will pursue that goal]. But tomorrow I might wake up and say: ‘I want to box on the big stage and be a world champion’.

“The mental side of things has been very difficult.

“The stage I’m at? I feel like 2020 would have been the time for me to become Olympic champion. I’m at my best over three rounds.

“I’ve scratched the surface on how good I can be. I’m only getting better.”

Becoming a professional and making an impact in the heavyweight division is inevitable, Clarke insists.

“Once I get my Olympic medal I’m really looking forward to getting involved.”

Clarke is a regular sparring partner of Joshua and was involved in his preparations to reclaim the IBF, WBA and WBO titles from Andy Ruiz Jr.

“One thing he’s very good at? Listening,” Clarke said about Joshua. “Despite being a massive puncher, great fighter, world champion and Olympic champion he listens to the right people.

“There are people who would have got carried away after six or seven rounds. He kept it simple, did as he was told to do. It was a masterclass.

“If you understand the game, it was beautiful to watch him execute his plan so well.”

Joshua would beat WBC champion Tyson Fury, Clarke thinks: “Fury is a great fighter but AJ has what it takes. If he gets the right people around him, which I’m sure he will, he would come out victorious. I know what level AJ would go to in camp and in the ring.

“On the Wladimir Klitschko night people thought he was down and out, but he found a way. He would do that again.”

Joyce was set to face Daniel Dubois in a battle of unbeaten British heavyweights before lockdown. Clarke said: “At the time I picked Joyce then I watched Dubois on YouTube and he’s very good!

“Dubois is heavy-handed and can really, really dig. But I think Joyce comes out victorious. His experience as an amateur, his strength, his fitness might be too much, too soon, for Dubois.

“It’s as simple as this, when I turn over to the pro game, if they have got the belts that I want then I will go for them. That’s how it works. At the moment they are on a different mission but I will catch up. To have talent like us in Britain? Everyone should be excited.”