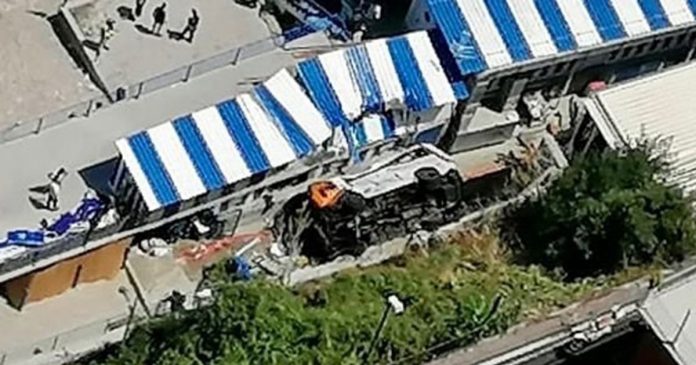 At least a single person was eliminated and numerous others were hurt after a bus fell off a roadway, Italian authorities stated Thursday.

The crash happened near Marina Grande in the Italian trip island of Capri, which sits south of the Gulf of Naples in the Campania area, according to authorities. Eyewitnesses on social networks stated the event happened about 11: 30 a.m.

“The situation was really surreal,” stated Giuseppe Russo, 26, who was at the scene. “There were helicopters flying to the island to transport the injured.”

Capri cops informed NBC News that a French couple and Lebanese couple were amongst the hurt.

Videos and pictures revealed a reversed bus on top of a blue and white awning.

It was not right away clear the number of travelers were on the bus at the time of the crash. No other information, consisting of the names of the victims and the reason for the wreck, were offered.

Claudio Lavanga is Rome-based manufacturer and reporter for NBC News.