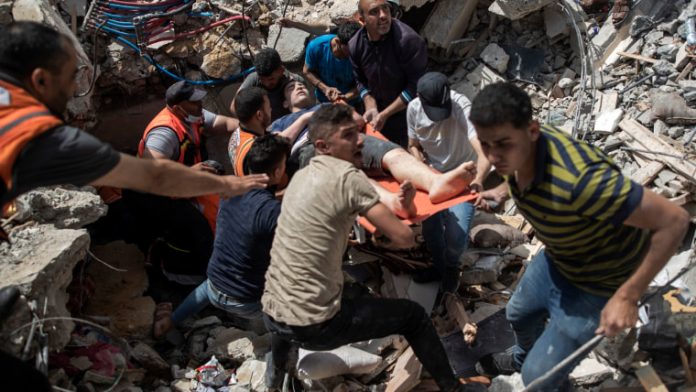 TEL AVIV— At least 2 individuals were eliminated and about 167 others hurt following the collapse of a seating location throughout services Sunday at a synagogue in an Israeli settlement in the West Bank.

A big stand inside the synagogue fell in an obvious mishap while hundreds were hoping in Givat Zeev, according to Israel’s emergency situation services. At least 5 individuals remained in major condition following the collapse.

One of the deceased was a 40-year-old male and the other a 12-year-old kid, emergency situation services verified.

An authorities spokesperson explained the website of the collapse as a “temporary synagogue” and included that police assisted to leave and save worshippers who were within.

The mayor of Givat Zeev stated the structure was incomplete and harmful, which the authorities had actually disregarded previous calls to do something about it. Jerusalem authorities chief Doron Turgeman stated the catastrophe was a case of “negligence” which there would likely be arrests.

Sunday night marked the start of Shavuot, a Jewish celebration that happens 7 weeks following Passover to celebrate the providing of the Torah.

Givat Zeev is a settlement established in 1977 and situated about 10 miles north of Jerusalem in the inhabited West Bank.

This story is establishing, please inspect back for updates.

Paul Goldman is a Tel Aviv-based manufacturer and video editor for NBC News.