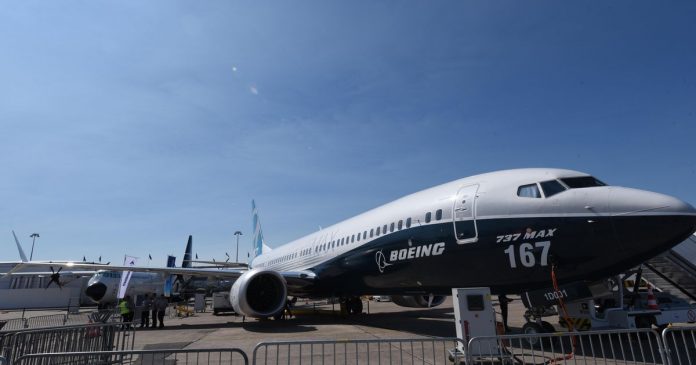 Eager to guarantee airline companies and guests that its very popular aircraft is safe, Boeing on Wednesday revealed how it will upgrade a flight control system that’s at the center of examinations into crashes in Ethiopia and Indonesia that eliminated 346 individuals.

Speaking at the business’s 737 factory in Renton, Washington, Boeing executive Mike Sinnett opened the rundown by revealing compassion for the victims of both crashes and for their households.

How United Airlines prepares a Boeing 777 between flights

“The 737 family is a safe airplane family. And the 737 Max builds on that tremendous history of safety that we’ve seen for the last 50 years,” he said. “We’re working with customers and regulators around the world to restore faith in our industry and also to reaffirm our commitment to safety.”

Though the official causes of both accidents have not been determined, investigators have found clear similarities. Under scrutiny is a flight control system called MCAS (for Maneuvering Characteristics Augmentation System) that pushes the 737 Max’s nose down when it determines that it’s too high. Preliminary data from both crashes show that flight crews struggled to take control as the airplanes continually dove just after takeoff.

Boeing said the fixes will “reduce the crew’s workload in non-normal flight situations and prevent erroneous data from causing MCAS activation.” Among them:

Boeing didn’t give a timeline for the changes or say when the 737 Max, which remains grounded around the world, might carry passengers again. Before that can happen, the FAA and aviation safety agencies in other countries will need to certify the fixes as safe. Airlines will then need to install them and retrain crews.