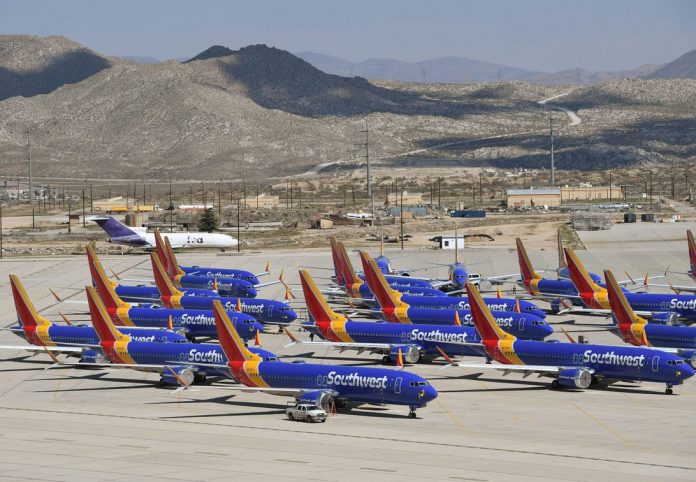 Boeing on Thursday stated it will take any and all actions required to enhance the security of its airplane after the Ethiopian Accident Investigation Bureau released an initial report on its questions into the March crash of Ethiopian Airlines flight 302.

“I’d like to reiterate our deepest sympathies are with the families and loved ones of those who lost their lives in the accident,” Kevin McAllister, CEO of Boeing Commercial Airplanes, stated in a release. “Understanding the circumstances that contributed to this accident is critical to ensuring safe flight. We will carefully review the AIB’s preliminary report, and will take any and all additional steps necessary to enhance the safety of our aircraft.”

The initial report, launched Thursday, suggests the aircraft had “an erroneous angle of attack sensor input” that triggered a flight control system called MCAS, for Maneuvering Characteristics Augmentation System, on the Boeing 737 Max 8, according to the release. The system presses the 737 Max’s nose down when it identifies that the airplane will stall. This resembles what detectives checking out the Lion Air crash discovered, according to the release.

On March 10, an Ethiopian Airlines flight crashed quickly after departure from Ethiopia’s capital, eliminating all 157 individuals on board. It was the 2nd fatal crash in current months including Boeing’s brand-new 737 Max 8 aircraft.

The Ethiopian authorities’ initial findings revealed the aircraft’s team followed Boeing assistance on how to run the airplane, consisting of emergency situation treatments, however were not able to restore control, reported CBS News. (Editors’ note: CNET is owned by CBS.)

Boeing 737 Max aircrafts stay grounded worldwide. Boeing on Thursday repeated that it will launch a software application upgrade for the MCAS system and offer more training and education on the 737 Max.