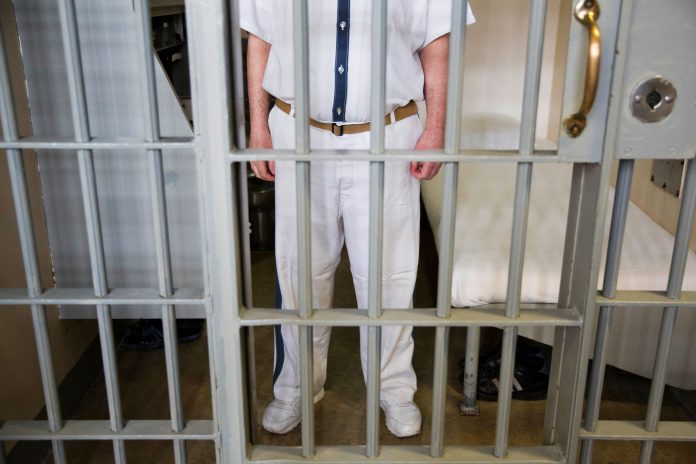 In this Tuesday,Dec 1, 2015 file picture, an unknown detainee on death row stands in his cell at the Georgia Diagnostic and Classification Prison, in Jackson, Ga.

The U.S. Justice Department stated Tuesday it is opening a civil liberties examination of jails in Georgia, with a concentrate on damage versus prisoners by other detainees, and the targeting of LGBTQ prisoners for sexual violence by detainees and personnel.

The probe comes as jails in Georgia saw a minimum of 26 individuals in its jails passing away from verified or thought murders in 2020, 18 such cases this year, and “reports of countless other assaults,” stated Assistant Attorney General Kristen Clarke, head of the DOJ’s Civil Rights Division.

She likewise mentioned a significant riot in one jail in 2015, and disruptions in other places in Georgia’s correctional system.

Clarke stated the examination was encouraged by grievances by prisoners, member of the family and other “stakeholders” such as advocacy groups, in addition to by “an extensive review of publicly available information,” consisting of dripped pictures revealing gang activity in Georgia jails.

“We did find sufficient justification to open this investigation,” stated Clarke, who spoke at a Zoom interview with the acting U.S. lawyers who head district attorneys’ workplaces in all 3 of Georgia’s federal districts.

Clarke stated the probe will analyze whether Georgia jails are breaching the 8th Amendment rights of prisoners. That constitutional modification bars federal government authorities from enforcing “cruel and unusual punishments” on detainees.

“This is a top priority for the Civil Rights Division of the Justice Department: ensuring lawful and humane conditions in our nation’s jails,” she stated.

She kept in mind that “without adequate supervision” by jail personnel, prisoners are at increased danger of hurting or eliminating themselves.

But, Clarke included, “We’ve drawn no conclusions yet. This investigation will allow us to go in and investigate the facts.”

Clarke stated that if the private investigators identify offenses by Georgia’s jail system, “we will work with the state to work on mutually acceptable solutions.”

She stated the DOJ has “been looking at Georgia prisons for years.”

“We opened an investigation in 2016. And while I can’t comment on the status of an open investigation, we’re continuing the work that we initiated,” Clarke stated.

The prior examination was considering the treatment of gay and transgender prisoners in Georgia’s correction organizations.

That probe was the very first DOJ probe to concentrate on LGBT prisoners.

U.S.Sen Jon Ossoff, D-Georgia, in a declaration later on Tuesday stated, “Conditions of incarceration in Georgia are unacceptable, and I will continue to drive the attention and resources of the Federal government toward solutions and accountability.”

“I applaud today’s announcement by the Department of Justice. It is an important first step toward protecting the human rights of incarcerated people in Georgia’s prisons,” Ossoff stated. ” I thank Attorney General [Merrick] Garland and Assistant Attorney General Clarke for listening as I’ve raised this concern and for acting.”