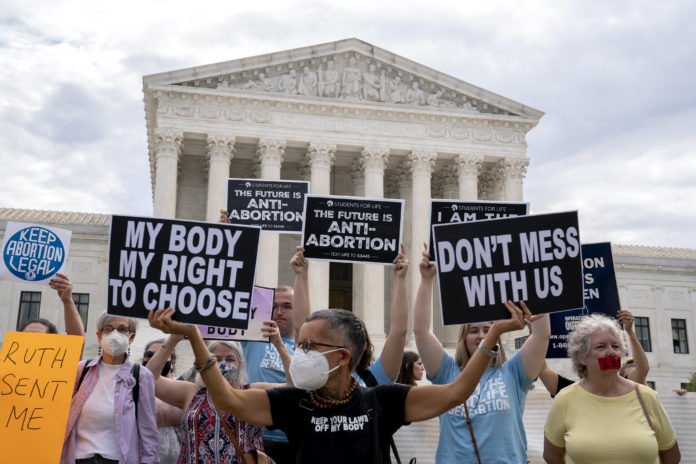 The Department of Justice stated Friday it will ask the Supreme Court to successfully obstruct the enforcement of a limiting Texas abortion law while legal conflicts play out.

That law, which prohibits most abortions after as early as 6 weeks of pregnancy and empowers civilians to take legal action against anybody who “aids or abets” in the treatment, workedSept 1 after the high court declined to give an emergency situation demand to stop it. Nearly a day later on, in a 5-4 judgment released late in the evening, the court, without hearing arguments in the event, voted down the quote for an injunction.

The DOJ submitted a suit in Texas soon afterwards, arguing that the law, S.B. 8, “insults the rule of law” and breaks the Supreme Court’s 1973 choice, Roe v. Wade, which secures the right to an abortion prior to fetal practicality, which is usually around 22 weeks or later on.

Earlier in October, a federal judge approved the DOJ’s quote to momentarily obstruct enforcement of the law, stating, “this Court will not sanction one more day of this offensive deprivation of such an important right.”

But the law was permitted to go back into impact after that judge’s judgment was interested the U.S. Court of Appeals for the Fifth Circuit.

“The Justice Department intends to ask the Supreme Court to vacate the Fifth Circuit’s stay of the preliminary injunction against Texas Senate Bill 8,” spokesperson Anthony Coley stated in a declaration.

Asked when that demand would be submitted, Coley informed CNBC he “should have a better sense on Monday.”

Separately, a group of abortion suppliers and supporters in late September asked the Supreme Court to rapidly evaluate their difficulty to the Texas law, although a lower court had yet to provide a last judgment on the problem.