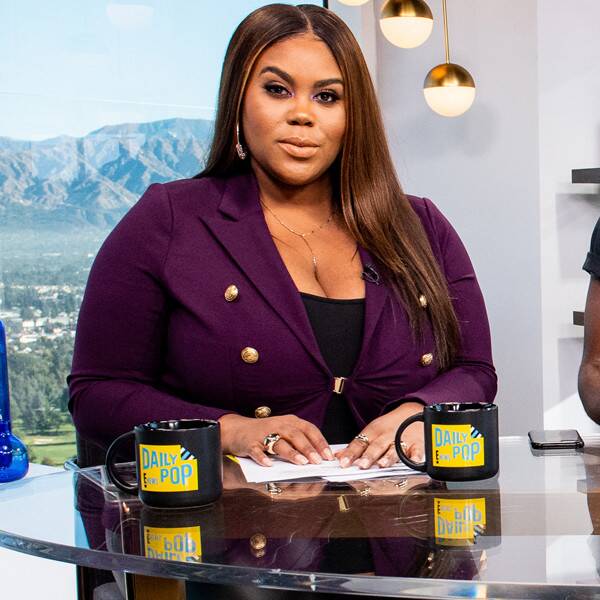 Nina Parker is speaking up versus the murder of George Floyd—a black Minnesota male who passed away after pleading “I can’t breathe” as a white law enforcement officer pushed his knee into his neck—and she desires other individuals to do the very same.

On Friday’s Daily Pop, the E! host described to Erin Lim and Scott Tweedie that cops cruelty “is not anything that is new to me,” nor is “the strange relationship that I feel like a lot of black people have with law enforcement.”

“I think that goes back for many, many years. I think now it’s really starting to affect people because there’s social media and there’s video. Because I think for so many years there were people who wanted to deny that anything was even happening,” Nina associated. “And so I feel like the fact that this is documented so much more frequently now is giving people more of an inside look as to what people have been saying for many, many decades.”

Bystander video of Floyd’s murder is what at first triggered across the country outrage and demonstrations while lots of have actually required to social networks to condemn the event along with the bigger elements at play like cops cruelty and institutionalized bigotry.

“For me personally, I feel like what I’ve really been thinking about lately is allyship. Because it’s really hard when you feel like you’re suffering,” Nina stressed. “…I don’t always think that people who are silent don’t care, but that’s how it comes across. And I think now, more than any time, is a time to show your allyship to the people that you love who are in your life, to the people that to help entertain you, to the people who you interact with…and even if you don’t have anybody in your life who is black, now is the time to stand up because if it’s a black problem, it’s an American problem.”

Nina went on to describe that she does not always promote the black neighborhood.

“And it’s always hard because I feel like when something happens with a white person, we don’t expect them to speak for everybody,” she kept in mind. “I feel like somebody white could commit a crime and I don’t feel like white people think, ‘Well, they done ruined it for all of us,’ you know? I think it’s this weird ownership that you have to take on as a black person because so many people feel like you speak for an entire community.”

Still, Nina stated she’s thankful to see individuals asking concerns—specifically given that she can associate with the concept of not understanding what to do.

She continued, “But saying just ‘I don’t know what to do’ is important,’ because, when we had the #MeToo movement start…there were so many men who said, ‘Look, I don’t know how to help but I’m here.’ But I feel like when it’s black people, folks don’t want to say anything.”

Nina utilized the 2018 Golden Globes—in which nearly every lady used black as an indication of uniformity with the #MeToo and Time’s Up motions—as an example of simply how effective cumulative action can be.

“But these black men and women are continuously being killed and I don’t see a full Hollywood movement. And I don’t see these full movements for these people,” Nina stated, wrecking. “If that man had put a dog on that street and put his knee on a dog, everybody would be talking about it and enraged. It wouldn’t be party lines. It wouldn’t be, ‘Well, did he resist?’ It wouldn’t be because ‘Oh, because it was a dangerous type of dog.’ It would be…this man would be in jail already.”

“So it’s infuriating to me as a black person to have to prove my worth to be humanized,” she included.

“We don’t want more situations where there’s Amy Cooper calling the cops on innocent bystanders,” Erin firmly insisted, describing the lady behind a racist fight that happened over the weekend in New York’s Central Park. “Like what you said, this is not a black problem, this is a human problem. And we need to be actively fighting racism because the new racism, quite frankly, is denying that there is racism in this system.”

“…for me to say, is it gonna be better? Maybe. But I’m 40 years old and I’m seeing a lot of things that happened 20 years ago,” she stated. “My moms and dads remained in the streets opposing. Do you understand how stressful that is? Like, my moms and dads have actually been opposing. My auntie was brutalized and batter when she was pregnant. And I’m handling the very same thing?”

Nina included, “It’s hard to be optimistic. I want to be. But right now I’m not.”

Watch Nina’s complete take on the circumstance above.