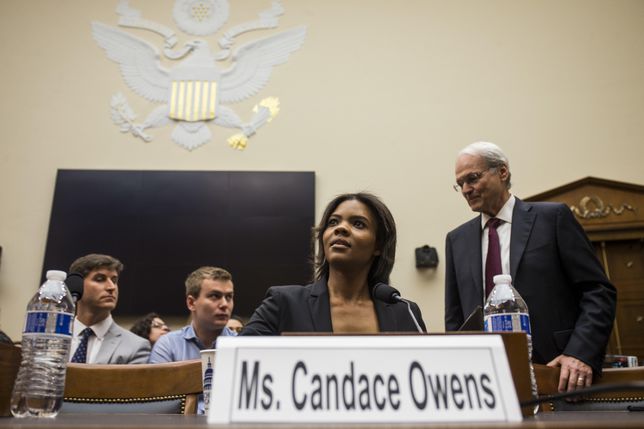 Congress seldom settles on anything. Except that it need to manage the tech market.

But a year after the Cambridge Analytica scandal overthrew Facebook, Capitol Hill is still not able to step up to the plate.

Lawmakers today manage 6 hours of hearings in the House and Senate judiciary committees to talk about the spread of extremism and issues about censorship on the web. By completion, after statement from victims, supporters and even policy individuals at Facebook, Twitter and Google, there were no significant discoveries.

And there was no contract about how to progress. Bupkis.

That’s even after a year of screwups that exposed the intimate information of numerous countless individuals, including what they “liked” on Facebook, their Social Security numbers, passport info and house addresses. It’s even after a year of ongoing harassment projects, stressed by a tried attack on a mainly black church in Kentucky and killings at a Pittsburgh synagogue.

It’s gotten so bad that much of us have actually resigned ourselves to the extremely genuine possibility that the disinformation spread out by Russia and other bad stars who interfered in the 2016 United States governmental race will be replayed to countless individuals in 2020.

The Senate hearing simply ended up being another little bit of white sound on Capitol Hill.

The House Judiciary Committee called its hearing on the web’s function in spreading out hate after a white supremacist assaulted 2 mosques in New Zealand, killing 50 individuals and hurting 50 more last month. He utilized Facebook to livestream his massacre to the world for 17 minutes, and the video was reuploaded to Facebook, Twitter and YouTube faster than the business might respond.

The hearing need to have been a sober conversation about how we as a nation can fight this scourge, and what function Facebook, Twitter and Google need to play. Instead, legislators and witnesses talked previous each other.

NPR stated it “deteriorated into partisan bickering.” Quartz stated it revealed completion of decency in United States politics. “In a congressional hearing on hate, the haters got their way,” Wired stated.

What Facebook and Google say they’re doing to combat…

We’re still coming to terms with the ways the tech industry has changed the world. But what we do know is that years of monstrous growth with little oversight have created a powder keg. Social media has exacerbated extremism, helping white supremacists and neo-Nazis move into the mainstream political landscape while simultaneously recruiting lone-wolf attackers to kill their perceived enemies. Civil discourse has dropped. People have died.

These are tough issues that lawmakers around the globe are grappling with. The European Union has passed privacy laws. The UK is moving to establish its first internet regulator with the power to punish companies that don’t tackle disinformation and terrorist posts.

In the US, there are some ideas like the Honest Ads Act, to strengthen online political ad rules, and the Data Care Act, requiring companies to safeguard people’s data. But if this week’s hearings are any indication, there’s little hope for meaningful reform anytime soon.

For the foreseeable future, our fates are in the hands of the very companies that led us here in the first place. Yes, Mark Zuckerberg, Jack Dorsey and Sundar Pichai, I’m talking about you.

Asleep at the wheel

It began Tuesday, when the House Judiciary Committee held a hearing about the spread of extremism and white supremacy on the internet.

Among the witnesses were representatives from Google and Facebook, though the company’s CEOs skipped out.

There were activists chosen by conservatives and liberals in the committee. They included representatives from the Jewish anti-hate group the Anti-Defamation League, the head of the civil rights advocacy group Equal Justice Society and the president of the pro-Israeli firm Zionist Organization of America.

And there was a grieving parent who said his two daughters and son-in-law were killed, execution style, in their North Carolina home in 2015 because of their religion.

House Judiciary Chairman Jerry Nadler, a Democrat from New York, said that technology from Facebook, Google and Twitter was helping spread hate and that efforts by those companies to fix the problem were falling short. “These platforms are utilized as conduits to spread vitriolic hate messages into every home in the country,” Nadler said.

But the hearing soon descended into chaos.

What began as an effort to understand why hate incidents are increasing across the country was hijacked by people debating the point of the hearing in the first place. Candace Owens, of the conservative college activist group Turning Point USA, argued that the hearing’s actual goal was “fear-mongering, power and control” on the part of the committee’s Democrats. One lawmaker responded by playing a video of Owens discussing Nazi leader Adolph Hitler’s nationalism.

By the end, many of the committee members had left, and all Twitter could talk about was Owens’ fiery rhetoric and the streams of racist and ugly comments left on the committee’s YouTube page.

No one agreed on any real solutions, and nothing was tabled for further discussion.

Wednesday’s hearing in the Senate was no better. Titled “Stifling Free Speech: Technological Censorship and the Public Discourse,” it became a series of circular debates. Republican Sen. Ted Cruz of Texas argued, without evidence, that social media companies were broadly silencing people they politically disagreed with.

Facebook, which has more than 2.3 billion monthly users, and Twitter, the social media site of choice for President Donald Trump, countered Cruz’s claims.

“Suppressing content on the basis of political viewpoint, or preventing people from seeing what matters most to them, is directly contrary to Facebook’s mission,” said Neil Potts, Facebook’s public policy director. “We want Facebook to be a place where people can discover a greater diversity of news and information than they could otherwise.”

But it didn’t matter. The two sides couldn’t agree. So, with any serious policy discussion stalled, the hearing just became another bit of white noise on Capitol Hill.

“This is politics,” said Hawaii Sen. Mazie Hirono, during the hearing.

If lawmakers accomplished anything this week, they avoided offering up a defiant moment the tech industry could rally around. Last year, they weren’t so lucky.

During a closely watched hearing broadcast across the country in April 2018, Utah Sen. Orrin Hatch asked how Facebook remains a service that’s free to use. Zuckerberg paused. “Senator, we run ads,” he said and then flashed a smirk. Facebook employees watching back in the company’s Menlo Park headquarters cheered on the politician’s apparent cluelessness. Investors on Wall Street bumped up Facebook’s value. People even put the quote on T-shirts, mugs and bumper stickers.

Tech scored a win. And the rest of us were left to reflect on how badly our representatives had failed the American people.

How can Congress hope to regulate something it barely understands?

When I asked that of Virginia Democractic Sen. Mark Warner a year ago, his tone shifted from animated to resigned. “I think it will be an evolutionary process,” he said at the time.

Warner is one of the few lawmakers who’s offered policy proposals to overhaul political advertising on the internet, strengthen privacy and make it easier for people to move from one social network to the other. As a member of the influential Senate Select Committee on Intelligence, Warner’s used his bully pulpit to make tech a key issue.

“This is a problem that’s not going to go away,” he said. “I hope there was a step forward on the education process this week and that members will maybe get their staffs or others to brief them up.”

A year later, there’s little indication they have. Maybe next year they’ll do better.