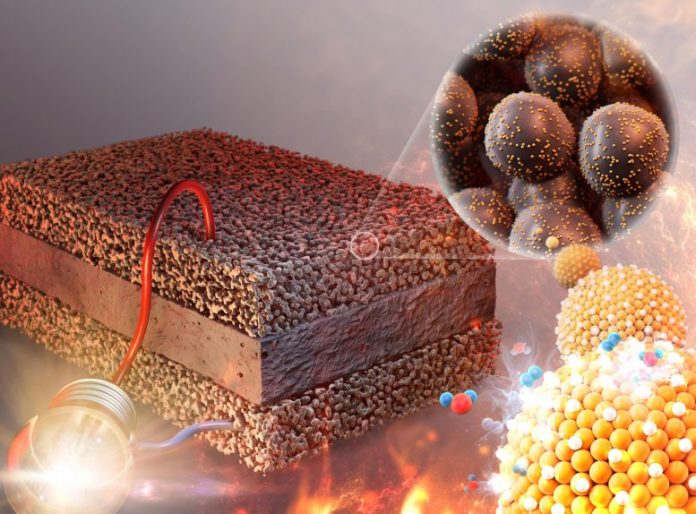 Unlike secondary batteries that require to be charged, fuel cells are a kind of environmentally friendly power generation systems that produce electrical energy straight from electrochemical responses utilizing hydrogen as fuel and oxygen as oxidant. There are different kinds of fuel cells, varying in running temperature levels and electrolyte products. Among them, the strong oxide fuel cell (SOFC), which utilizes a ceramic electrolyte, is getting increasing attention. Because it runs at heats around 700 degrees Celsius, it uses the greatest performance amongst different fuel cells, and it can likewise be utilized to produce hydrogen by steam decay. For the commercialization of this innovation, additional enhancement of cell efficiency is required, and unique high-temperature driver products are extremely prepared for.

Platinum (Pt)-based drivers show such outstanding efficiency in fuel cell electrode responses. Particularly, single-atom Pt drivers are actively examined due to their distinct performance. However, at heats, the Pt atoms are not steady and quickly agglomerate. Therefore, Pt single-atom drivers have actually been utilized just in low-temperature fuel cells, like polymer-electrolyte membrane fuel cells, which are utilized for hydrogen electrical cars.

Under these situations, a domestic research study group has actually established a driver that needs just a percentage of platinum for the substantial enhancement of efficiency and can run stably at heats. The Korea Institute of Science and Technology (KIST) revealed that Dr. Kyung-Joong Yoon and Researcher Ji-Su Shin from the Center for Energy Materials Research, together with Professor Yun -Jung Lee from Hanyang University (Hanyang University, President Woo-Seung Kim), established a single-atom Pt driver that can be utilized for SOFCs. In their research study, whole platinum atoms are equally dispersed and function separately without pile even at heats. It has actually been experimentally revealed to increase the electrode response rate by more than 10 times. It can likewise run for more than 500 hours even at heats approximately 700 degrees Celsius and enhances the electrical power generation and hydrogen production efficiency by 3-4 times. It is anticipated to speed up the commercialization of strong oxide fuel cells (SOFCs), the next-generation environmentally friendly fuel cells.

The single-atom driver collectively established by KIST-Hanyang University research study group is made by integrating platinum atoms and cerium (Ce) oxide nanoparticles. Each platinum atom is separately distributed on the surface area of the cerium oxide nanoparticles, and the strong bond keeps the dispersed state of the atoms for a long period of time of time even at heats, which enables all platinum atoms to be associated with the response. This in turn makes it possible to significantly enhance the rate of the electrode response while decreasing the quantity of platinum utilized.

For the fabrication, an option consisting of platinum and cerium ions is injected into the electrode of the SOFC, and the drivers are manufactured while the fuel cell is running at a heat. Because the injection into the electrode can be carried out quickly with no unique devices, it anticipated that the freshly established driver can easily be used to existing fuel cell fabrication procedures.

Dr. Kyung-Joong Yoon from KIST mentioned, “The catalyst developed in this study can be applied to a wide variety of solid oxide fuel cells and high-temperature electrochemical devices using an easy and simple low-cost process, so it is expected to accelerate the development of next-generation eco-friendly power generation and energy storage devices.” “Based on the fact that the single-atom catalyst can operate stably even at 700 degrees Celsius or higher, its application fields will be greatly expanded, including high-temperature thermochemical reactions and high-temperature electrochemical reactions.”

This research study was performed with a grant from the Ministry of Science and ICT (MSIT), as part of the Institutional R&D Program of KIST and the Korea Research Foundation’s Program on Development of Technology in Response to Climate Change. This paper was released in the current edition of Energy & Environmental Science (IF: 30.289, leading 0.189% in the field of JCR).