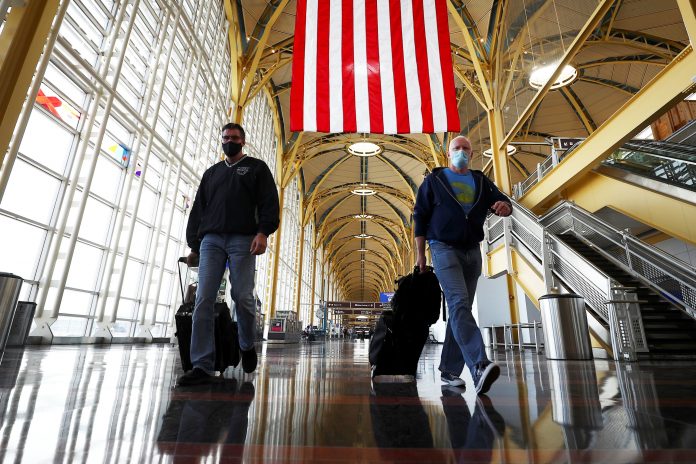 Two secret House Democrats on Monday advised the Federal Aviation Administration to punish rowdy tourists and make sure that individuals in recently’s riot at the U.S. Capitol do not fly.

Their remarks come ahead of President-choose Joe Biden’s inauguration and after reports of interruptions on board Washington, D.C.-bound flights ahead of Wednesday’s riot at the U.S. Capitol and other flights out of the location later. The events included pro-Trump shouting, traveler arguments and rejection to use masks. Masks are needed to fly on U.S. airline companies.

“This behavior has the potential to cause serious problems when it occurs in the cabin, especially as pilots and flight attendants are pulled to deescalate or respond to such events while performing their critical safety duties to ensure the wellbeing of every traveler on board,” Rep. Peter DeFazio of Oregon, chairman of the House Committee on Transportation and Infrastructure, and Rep. Rick Larsen of Washington, who heads the subcommittee on air travel, composed to FAA Administrator Steve Dickson, in a letter that was seen by CNBC.

Alaska Airlines on Friday stated it prohibited 14 tourists from a Washington, D.C.-to-Seattle flight. The tourists were “non-mask compliant, rowdy, argumentative and harassed our crew members,” according to representative Ray Lane.

One video on social networks revealed Sen. Lindsey Graham, R-S.C., being accosted over accrediting the November governmental election outcomes. Airlines likewise took other safety measures ahead of what was then a prepared presentation, such as moving teams to airport hotels, far from main Washington, D.C.

“Unfortunately, as members of this mob have departed our Nation’s capital, their repugnant behavior continues at airports and on board airliners, evidenced by press reports detailing ‘rowdy’ and ‘unruly’ conduct and harassment of travelers and crewmembers mid-flight and the accosting of elected officials,” legislators composed.

FAA chief Dickson on Saturday alerted tourists that they would deal with substantial fines and prospective prison time if they took part in rowdy habits. Interfering with flight teams protests the law and brings a fine of approximately $35,000.

The legislators advised Dickson to do more, consisting of dealing with airline companies, airports, unions and others “to develop a plan to implement multiple layers of measures, within the bounds of the Constitution, to detect instances in which those connected with last Wednesday’s attack or their sympathizers may attempt to travel by air again to Washington, D.C.”

They asked Dickson to offer a strategy by Friday.