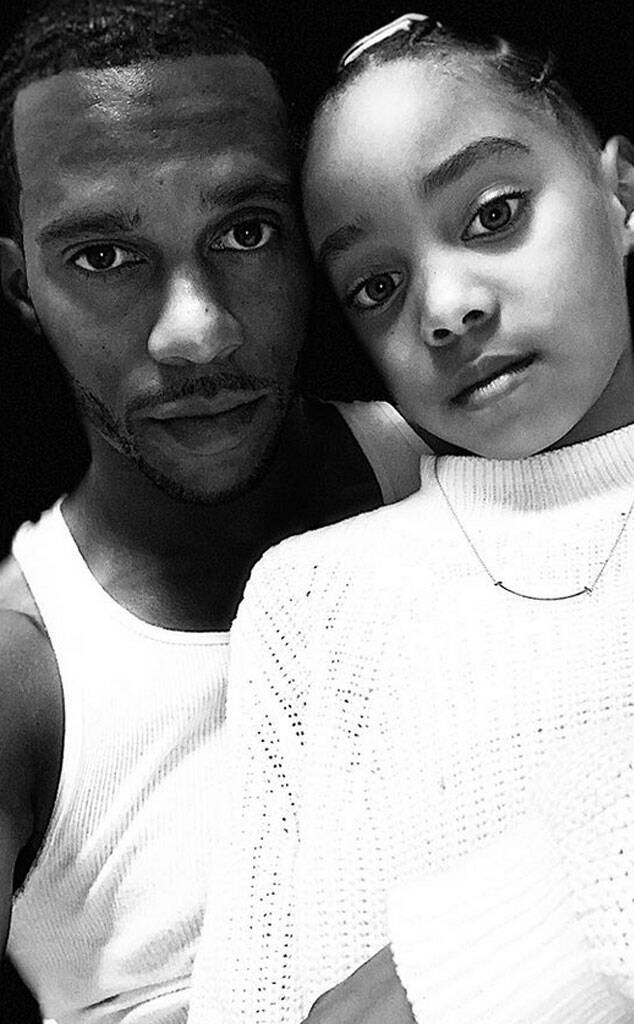 On Tuesday, Pop of the Morning‘s Victor Cruz signed up with Nina Parker on Daily Pop and talked about the discussion he had with eight-year-old child Kennedy in the middle of the continuous demonstrations following George Floyd‘s death.

“For starters, just trying to explain the things that, you know, she’s seen. Like, George Floyd getting his neck kneed down upon by an officer. Like, I have to explain that to her,” Victor shared. “Her biggest question to me was, ‘Why didn’t he take his knee off of his neck?'”

In order to address this tough concern, Victor exposed he needed to discuss bigotry more thorough to his child.

“And then I have to further explain, who you are and you’re a young black queen and why there are gonna be some people out here that don’t like you solely because of who you are and the color of your skin and where you come from,” he continued.

While Victor kept in mind that Kennedy looked “a little confused by” the preliminary discussion, viewing the news and continuing the discuss bigotry has actually assisted her comprehend.

“I can tell that she understands, and I can tell that she’s trying to make sense of it all,” the previous NFL star communicated. “I’m just happy I can be there to guide her through something like this. For as someone like myself, and even my mom, had to kind of learn on the fly…Just adapt to a world as opposed to getting someone that’s been through it to kind of reach back down and give you that advice.”

Nina praised Victor’s position as “an important point to make.”

“When I see the criticism of people in the street, right, I don’t think that anyone feels like it’s ok to loot or it’s ok to burn things down,” she revealed. “But especially, I feel like if you haven’t had someone in your life who’s been able to help you process these injustices and the oppression that people feel, it can turn into something that can only be explained as rage.”

As the E! hosts discussed at the start of the section, Oliphant’s viral speech—which was made in reaction to the Sept. 20, 2016 killing of Keith Lamont Scott in Charlotte by cops—has actually resurfaced following a current social networks post by California Governor Gavin Newsom.

“I get angry just watching that, you know what I’m saying? I’m angry that she had to be there explaining…the fact that she even conceptualizes that at her age, and to be able to articulate that, is unfair,” Victor stated. “It shouldn’t happen! ‘Cause, there aren’t white kids out there having to have that same battle. There aren’t white kids out there facing those same injustices. So, it just breaks your heart.”

Nina revealed a comparable belief, as she specified, “There’s no way a little girl needs to articulate herself like that at such a young age.”

“I’m optimistic right now because I feel like, of all the other times that this has happened, this is the first time that it’s reached a global scale and people are upset about it,” Victor shared. “People are angry and I really feel like this time there will be some changes made, because that’s the only way we’re gonna see a true difference is if we continue to educate ourselves, for starters, and then really see a change within these police departments and then going all the way up through the judicial system.”

As for Nina, she stated she’s “hopeful and skeptical at the same time.”

“I feel like we’ve been here before, but I do see certain people stepping up that hadn’t before and that does leave me hopeful,” she included.

For more methods to do something about it and get included, please click on this link.