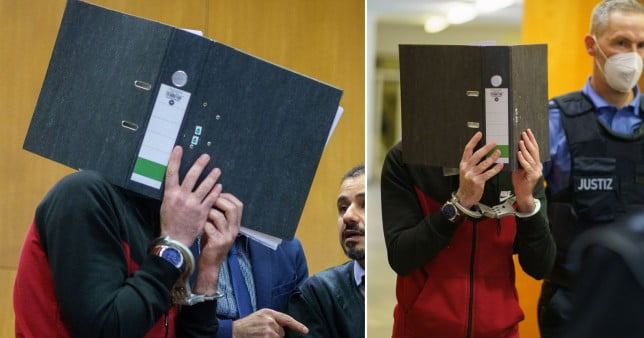 A Daesh fanatic who chained up a five-year-old Yazidi woman in 50 C heat and let her pass away of thirst has actually been condemned of genocide.

Taha al-Jumailly passed out as he was founded guilty of criminal activities consisting of the child’s murder after a landmark trial in Frankfurt.

Daesh butchered countless Yazidis after taking their area in Syria and Iraq in 2014– however al-Jumailly is the very first jihadi on the planet to be condemned of genocide versus the minority group.

The killer, 29, purchased the woman and her mum as servants in2015

When the kid damp her bed mattress he made them both stand outside in the baking sun. The kid passed away and her mom, Nora, suffered serious burns.

The court discovered Iraqi al-Jumailly killed the woman as he wished to eliminate Yazidis.

A single such killing is classified as genocide in Germany– among the couple of nations to prosecute jihadis for criminal activities versus the group.

Al-Jumailly was extradited there after being kept in Greece in2019

His German spouse Jennifer Wenisch was imprisoned for 10 years last month for not doing anything to conserve the woman.


MORE: Man who eliminated 5 with weapon in Norway had actually been flagged as‘Islamic extremist’