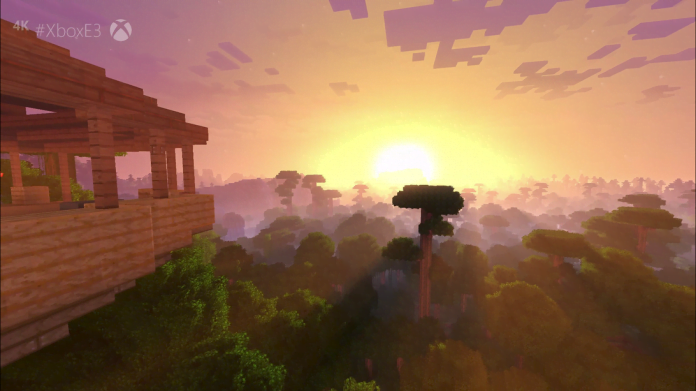 For the most up-to-date news and information about the coronavirus pandemic, visit the WHO website.

Minecraft has already become an international phenomenon, but it keeps getting bigger. Microsoft said its 11-year-old world-building game crossed 200 million copies sold, with more than 126 million people playing each month.

Much of the game’s recent success has come during the coronavirus pandemic. Microsoft said that in April, it tallied a 25% increase in the number of new players joining its game community, and a 40% spike in the number of people playing together.

“In these extraordinary times, we’re reminded more than ever before of the important role games like Minecraft can play in providing an escape from the day-to-day and fostering social connections between friends and families,” Helen Chiang, Microsoft’s head of Minecraft studio Mojang, wrote in a blog post Monday. The announcement came ahead of Microsoft’s Build developer event, being held online May 19-20.

Minecraft’s success is partly thanks to its open-ended design, encouraging players to explore; find items and places within the game; and then build whatever they like. Its success has helped spawn other games, such as Minecraft Earth, the company’s effort to use smartphones to overlay Minecraft gameplay on the real world in a way similar to Pokemon Go. Microsoft is also planning to release a new action-adventure title called Minecraft Dungeons, where players fight hoards of zombielike creatures while exploring the game’s world.

Minecraft and other video games have been notching larger sales and gameplay as people shelter in place to slow the spread of the novel coronavirus, which has killed more than 306,000 patients and infected more than 4.5 million people, according to data compiled by Johns Hopkins University. With so many people at home, game playing has spiked, and sales have followed.

To help students, most of whom aren’t able to return to school until the fall, Microsoft made its education edition of Minecraft available to teachers for free until June. Microsoft said its education content has been downloaded more than 50 million times since it was offered as a part of the main Minecraft game in March.