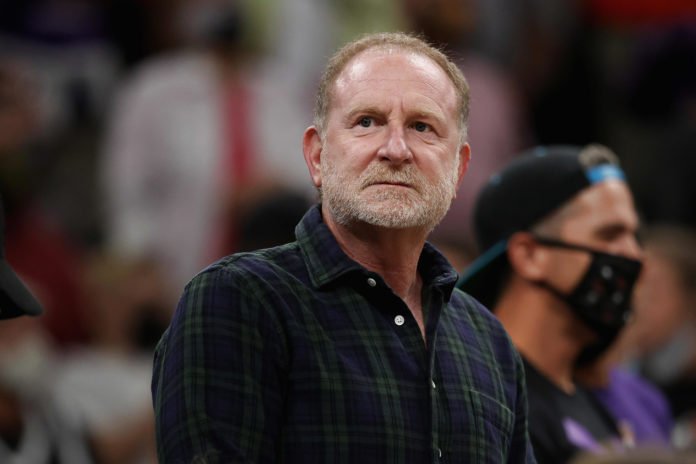 Phoenix Suns and Mercury owner Robert Sarver goes to Game Two of the 2021 WNBA Finals at Footprint Center on October 13, 2021 in Phoenix,Arizona The Mercury beat the Sky 91-86 in overtime.

The National Basketball Association released an official examination into the Phoenix Suns and owner Robert Sarver following accusations of bigotry and misogyny in an ESPN report released Thursday.

“The allegations contained in today’s ESPN article are extremely serious, and we have directed the Wachtell Lipton law firm to commence a comprehensive investigation,” the NBA stated in a declaration Thursday.

“The NBA and WNBA remain committed to providing a respectful and inclusive workplace for all employees,” the league continued. “Once the investigation is completed, its findings will provide the basis for any league action.”

The examination follows a long-awaited ESPN report that included several accusations of bigotry and misogyny versus Sarver throughout his 17- year period as the Suns owner. ESPN’s reporting was based upon interviews with over 70 present and previous Suns staff members.

In anticipation of the report, the Suns in October rejected that Sarver was racist and sexist.

Sarver rejected the accusations Thursday, calling the report “inaccurate and misleading,” according to by NBCSports He likewise invited the examination being released by the league.

“At this point, I would entirely welcome an impartial NBA investigation which may prove our only outlet for clearing my name and the reputation of an organization of which I’m so very proud,” Sarver stated.

The ESPN post consists of a number of circumstances of Sarver and his legal representatives rejecting or challenging numerous claims.

“The conduct he is alleged to have committed has stunned and saddened me and is unacceptable,” Nafaji stated in a declaration. “The well-being and safety of every Suns employee, player, coach and stakeholder is first and foremost our priority. My sincerest sympathy goes out to all whose lives and professions have been impacted.”

He included: “The Phoenix Suns is a national treasure that belongs to all of us as fans and residents of our community. Team investors are simply temporary stewards of this treasure.”