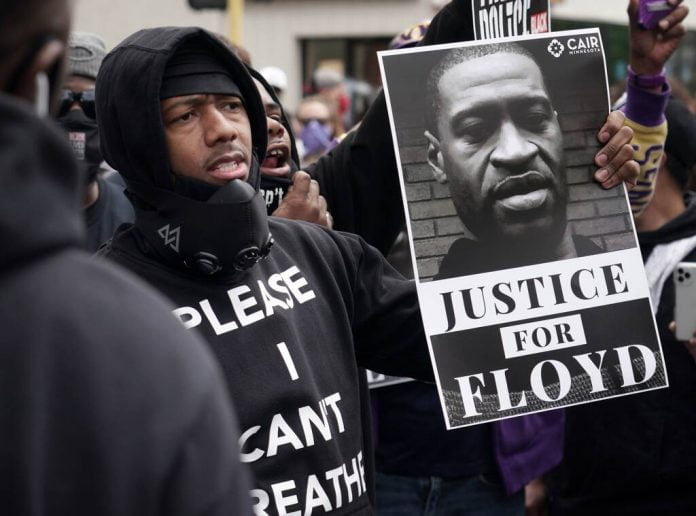 In light of across the country demonstrations after George Floyd passed away at the hands of the Minneapolis cops department, Nick Cannon has actually opened about his kids’ understanding of police, stating that they “fear police.”

In an interview with Access Hollywood, Cannon broke down a discussion he states lots of black moms and dads have with their kids, one he calls the “stay alive talk.”

“I say this in all sincerity,” 39-year-old Cannon started. “I even got some pushback for this, which I don’t care what people think about me or what they say about me, but I made a statement that my children fear police. And it’s a real statement.”

The daddy continued: “I try to teach fearlessness. I try to teach that you have a power within you that you need to fear nothing. But when they see the energy of law enforcement, it’s, ‘Uh, oh, here comes the police!’ Or that mindset of, ‘Sit up straight! Don’t talk! Keep your hands where they can see them!’ These are things that I’m talking to a three-year-old about or a nine-year-old about and they bring those questions to me.”

The star and activist stated that although among his kids as soon as desired end up being a police, that concept has actually because vanished.

“There was an idea where one wanted to be a police officer, ‘Aw man, I want to help and protect and serve people!'” he discussed. “It has definitely changed where they perpetuate fear, man. It’s something that, it’s hurtful to have those conversations with your children but you want to protect them at the end of the day.”

Cannon stated that discussions about policing in between moms and dads and their kids belongs of black culture—which his moms and dads had the very same talks with him when he was young. Cannon then explained his household’s history of wonder about with police.

“I’ve never called the police in my life because our family was afraid to call the police,” Cannon stated. “And that was from a child growing up going, ‘Uh oh, the police showed up!’ It wasn’t about safety. Someone was in trouble. Someone’s gonna go to jail because the police were called. When we see the police in our neighborhood, it’s never been a good experience.”

Cannon—who made his degree in Criminology from Howard University last month—thinks it’s time to rebuild how police works which cops must operate in the neighborhoods in which they live.

“I’m an abolitionist,” Cannon stated. “We gotta get rid of law enforcement all together and start over. Get rid of the word ‘policing.’ How about we call them peace officers? How about we put together some psychological evaluations of the people that we put in charge of protecting and serving us? It needs to be much more than just a high school degree and an urge to have a badge and a gun.”

He included: “Let’s empower these individuals who want to be in law enforcement with the right surroundings, with clarity, with spiritual advisers, with people who they can rely on daily that can hold them accountable when they are in these streets protecting and serving.”

Despite his advocacy in the streets, Cannon stated he’s felt reluctant to speak with journalism recently.

“One of the reasons I’ve been reluctant to do interviews is because it’s not about me, it’s about being a part of a movement that’s been going on for years,” he stated. “Mike Brown, Freddie Gray, Eric Garner, Sandra Bland, we have actually been on these frontlines strolling, marching, objecting and rather honestly we’re tired of it.”

Speaking on the death of Floyd, Cannon confessed that he’s frequently driven to tears.

“To see a white man kneeling on the neck of a black man, as he takes his last breath, as the white man has his hands in his pocket so cavalier, in a crisis,” he stated. “We now normalize trauma. We see public lynchings daily, on a cycle, on a feed. It is something we can’t normalize. And it hurts my heart. I cry at night. It’s hard to even wake up everyday knowing we need to get back into this fight. But we’re gonna do it. I’m ready to put my life on the line for this.”