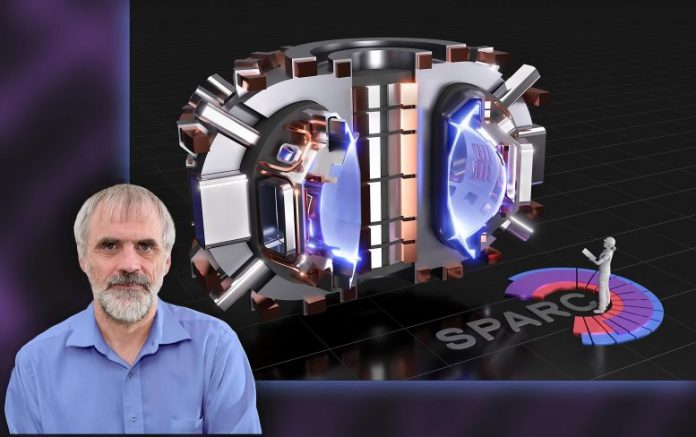 The U.S. Department of Energy’s (DOE) Princeton Plasma Physics Laboratory (PPPL) is teaming up with personal market on advanced blend research study focused on accomplishing industrial blend energy. This work, made it possible for through a public-private DOE grant program, supports efforts to establish high-performance blend grade plasmas. In one such task PPPL is operating in coordination with MIT’s Plasma Science and Fusion Center (PSFC) and Commonwealth Fusion Systems, a start-up drawn out of MIT that is establishing a tokamak blend gadget called SPARC.

The objective of the task is to anticipate the leak of quick “alpha” particles produced throughout the blend responses in SPARC, offered the size and possible misalignments of the superconducting magnets that restrict the plasma. These particles can develop a mostly self-heated or “burning plasma” that fuels blend responses. Development of burning plasma is a significant clinical objective for blend energy research study. However, leak of alpha particles might slow or stop the production of blend energy and damage the interior of the SPARC center.

Key functions of the SPARC maker include its compact size and effective electromagnetic fields made it possible for by the capability of brand-new superconducting magnets to run at greater fields and tensions than existing superconducting magnets. These functions will make it possible for style and building of smaller sized and less-expensive blend centers, as explained in current publications by the SPARC group — presuming that the quick alpha particles developed in blend responses can be consisted of enough time to keep the plasma hot.

“Our research indicates that they can be,” stated PPPL physicist Gerrit Kramer, who takes part in the task through the DOE Innovation Network for Fusion Energy (INSTILL) program. The two-year-old program, which PPPL physicist Ahmed Diallo acts as deputy director, intends to speed private-sector advancement of blend energy through collaborations with nationwide labs.

“We found that the alpha particles are indeed well confined in the SPARC design,” stated Kramer, coauthor of a paper in the Journal of Plasma Physics that reports the findings. He worked carefully with the lead author Steven Scott, a specialist to Commonwealth Fusion Systems and previous veteran physicist at PPPL.

Kramer utilized the SPIRAL computer system code established at PPPL to confirm the particle confinement. “The code, which simulates the wavy pattern, or ripples, in a magnetic field that could allow the escape of fast particles, showed good confinement and lack of damage to the SPARC walls,” Kramer stated. Moreover, he included, “the SPIRAL code agreed well with the ASCOT code from Finland. While the two codes are completely different, the results were similar.”

The findings gladdened Scott. “It’s gratifying to see the computational validation of our understanding of ripple-induced losses,” he stated, “since I studied the issue experimentally back in the early 1980s for my doctoral dissertation.”

Fusion responses integrate light components in the type of plasma — the hot, charged state of matter made up of complimentary electrons and atomic nuclei, or ions, that makes up 99 percent of the noticeable universe — to produce huge quantities of energy. Scientists all over the world are looking for to develop blend as an essentially limitless source of power for creating electrical energy.

Kramer and coworkers kept in mind that misalignment of the SPARC magnets will increase the ripple-induced losses of blend particles causing increased power striking the walls. Their computations must offer essential assistance to the SPARC engineering group about how well the magnets need to be lined up to prevent extreme power loss and wall damage. Properly lined up magnets will make it possible for research studies of plasma self-heating for the very first time and advancement of enhanced strategies for plasma control in future blend power plants.

Support for this research study originates from Commonwealth Fusion Systems. Support for Kramer originates from the DOE Office of Science INSTILL program. Contributors to the task consist of physicists from PSFC; Aalto University in Espoo, Finland; and Chalmers University of Technology in Gothenburg, Sweden.