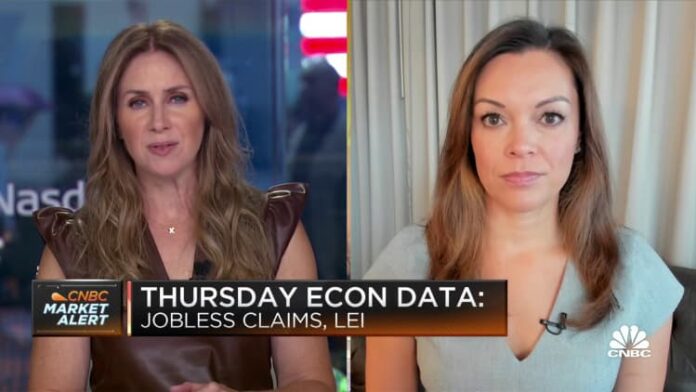 Stocks slipped on Thursday after the significant averages came off a day of high losses following another big rate trek from the Federal Reserve.

Stocks were mainly lower in morning trading, with the Dow Jones Industrial Average last down 150 points, or 0.5%. The S&P 500 traded 0.7% lower and the Nasdaq Composite moved 1.1%.

Boeing fell more than 2% to lead the Dow lower. Industrials and customer discretionary were the worst-performing S&P 500 sectors, losing more than 1% each. Growth- oriented tech stocks and semiconductors likewise took a leg lower.

Shares of Robinhood leapt amidst a report that the SEC will not prohibit payment for order circulation. On the financial front, the most recent information on weekly out of work claims can be found in a little much better than expectations.

“Yesterday’s FOMC meeting was a tough pill for markets to swallow and I think this likely continues for three reasons that came out of the Fed,” stated Saira Malik, Nuveen’s primary financial investment officer, pointing out greater rates of interest, inflation, and joblessness.

Policymakers on Wednesday vowed to continue raising rates as high as 4.6% in 2023 prior to drawing back in the battle versus inflation, stimulating worries on Wall Street that the economy might tip into an economic downturn as the reserve bank intends to slow financial development.

“Monetary policy has lags that are long and variable, but we’ve been tightening now for a while,” he stated, the effect of these actions might result in an economic downturn.

Oil rates might quickly go back to $100 a barrel, experts state