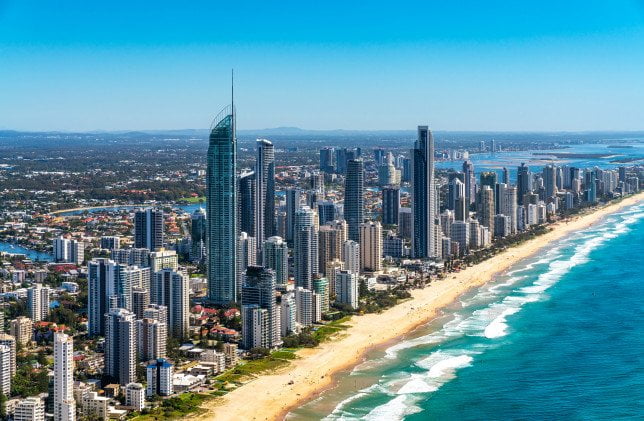 Australia and New Zealand are typically wonderful destinations – but due to the pandemic, their borders have remained firmly shut since March 2020.

Unfortunately, there’s a while to wait still before they open again – bad news for British citizens desperate to reunite with loved ones Down Under.

Or those hoping to take advantage of Australia’s green list status here in the UK.

Though there is a glimmer of good news for Australians and New Zealanders living abroad, if they’re keen to go home.

Here’s what you need to know.

When will Australia’s borders reopen?

Australia’s borders will remain closed until mid-2022, the Australian government has said.

According to their recent budget: ‘The rate of international arrivals will continue to be constrained by state and territory quarantine caps over 2021 and the first half of 2022.’

Roughly 408,000 people, or 1.9% of Australia’s population, is fully vaccinated – and their vaccine programme could take until late 2022 to complete.

Until then, overseas visitors will be all but completely banned – and the country will remain closed to those of us from the UK.

You can keep an eye on Australia’s entry requirements on the UK government’s FCDO website.

Right now, the only exceptions are if you are an Aussie citizen, permanent resident or an immediate family member (such as a child’s parent) – then you can return.

Or if you have been in New Zealand for more than 14 days and can travel by air to Australia, you’ll be allowed in.

If none of the above applies, but you have a ‘compassionate or compelling reason’ to visit Australia, you can apply for an exemption to the travel ban.

When will New Zealand’s borders reopen?

Much like Australia, New Zealand’s borders are completely closed off for travel purposes.

This is for all international travellers, including British citizens – and will remain that way for some time.

In January 2021, Prime Minister Jacinda Ardern said she wouldn’t open them back up until New Zealand was fully ‘vaccinated and protected’.

And as of May, Ardern has yet to confirm when borders might start to reopen to the world.

Currently, to enter New Zealand, their government website says you must be a New Zealand citizen or permanent resident.

There will be a legally-mandated 14-day quarantine upon your return to New Zealand – as well as multiple testing requirements, which you pay for (costs starting at $3,100 NZD or £1,600 for a single person) and must book well in advance.

There is a small glimmer of hope: Those living in New Zealand already can now travel between Australia and the Cook Islands without needing to quarantining on arrival home.

Keep an eye on New Zealand’s entry requirements on the FCDO website.


MORE : I’m A Celebrity Get Me Out Of Here! finally ‘set to return to Australian jungle as government gives approval’


MORE : New Zealand proposes climate law no other country has dared to face