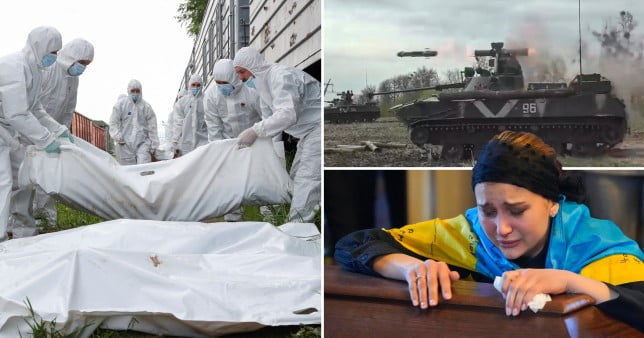 Speaking on the 80 th day of the dispute in Ukraine, Mr Lavrov stated it was difficult to forecast the length of time ‘hybrid war’ would last.

Highlighting the barrage of sanctions troubled Moscow by the West, the minister tried to depict Russia as the target, not the criminal, of aggressiveness.

‘The collective West has declared total hybrid war on us and it is hard to predict how long all this will last but it is clear the consequences will be felt by everyone, without exception,’ he stated in a speech.

He likewise implicated Western countries of taking other nations’ properties and losing their credibility as dependable partners.

‘In the future, the world economy will be de-Americanised,’ he stated.

‘We did whatever to prevent a direct clash– and now that the obstacle has actually been tossed down, we obviously accept it.

‘We are no strangers to sanctions: they were almost always there in one form or another.’

‘We reaffirm our determination to further increase economic and political pressure on Russia, continuing to act in unity,’ a joint declaration checked out.