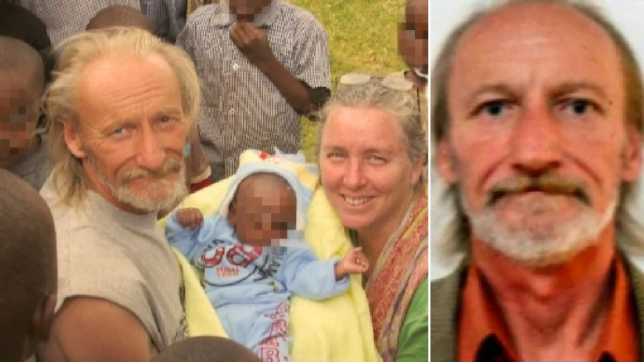 An American missionary in Kenya raped 4 women as young as 11 after his better half got them contraceptive implants.

Gregory Hayes Dow, is dealing with 16 years in federal jail for abusing the women at the orphanage he ran in Boito, Kenya after pleaded guilty to 4 counts of participating in illegal sexual conduct in foreign put on Monday.

And due to the fact that Dow’s better half, Mary Rose Dow, took the victims and other women to a Kenyan center to have contraception gadgets implanted, he ‘was able to perpetrate these crimes without fear that the abuse would result in pregnancy,’ Assistant United States Attorney Timothy Stengel stated, according to Lancaster Online.

In January 2019, She was sentenced either one year in a Kenyan jail or to pay a fine of about $500 after she was founded guilty of 2 counts of ruthlessness in connection with her partner’s case.

Stengel stated Dow likewise ‘engaged in grooming behavior by providing things of value to his victims,’ such as cellular phone. He included that Dow was formerly founded guilty of attack with intent to devote sexual assault versus a teenager 1996.

The Dows supposedly got here in Kenya in 2008 to construct the orphanage. In September 2017, a 12-year-old woman and a 13-year-old woman submitted harassment reports with the Kenyan authorities.

Kenyan detectives checked out the orphanage the following day, however the couple was not there.

Nearly 2 weeks later on, Kenyan authorities submitted an arrest warrant for Gregory Dow and applied for extradition after he was seen going into New York.

Dow insisted he was innocent in December 2018 and stated a spiteful previous staff member encouraged a couple of ‘rebellious’ teenage women to lie.

He was detained in July 2019 in East Hempfield Township and was kept in federal custody till his trial due to the fact that he was thought about a flight threat.

Dow started his dreadful abuse-filled missionary journey after sending out Lancaster Online images of himself and his better half beaming for the electronic camera as they nestled kids.

In a interview, Dow informed the publication he and his better half wished to set up the orphanage after a 2006 missionary conference, which triggered his better half to inform him that God desired them to go to Africa.