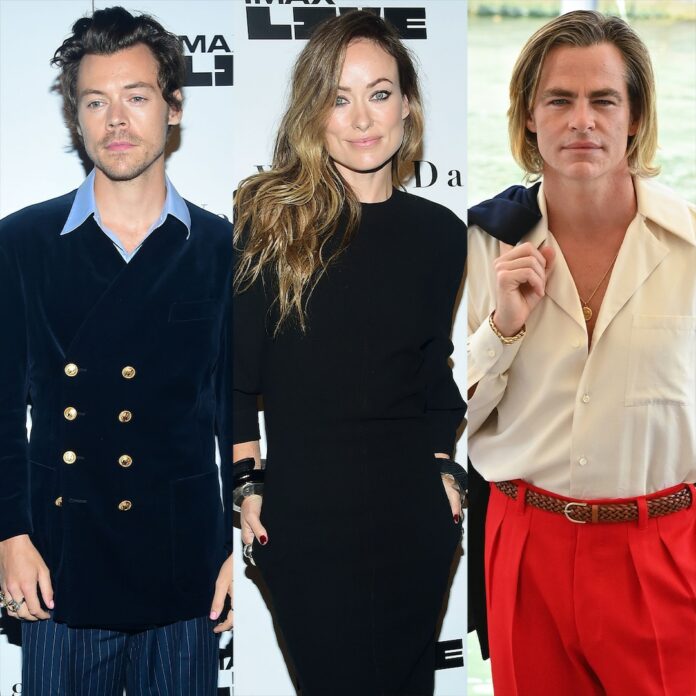 Olivia Wilde is letting the world understand not to fret, beloved, since that spit theory isn’t real.

The Don’t Worry Darling director attended to the million-dollar concern that has been sweeping the web because previously this month: Did Harry Styles spit on Chris Pine at the 2022 Venice Film Festival? Olivia put the saliva report to rest.

“Harry did not spit on Chris,” Olivia mentioned throughout aSept 21 look on The Late Show, including, “I think it’s a perfect example of, like, people will look for drama anywhere they can.”

Leave it to The Late Show host Stephen Colbert to tease Olivia a bit by reacting, “Only time will tell. We shall see.” Naturally, Olivia discovered herself chuckling over Stephen’s remarks. She doubled down on her position, by including, “No! He really didn’t.”

Perhaps #Spit Gate can lastly be put to rest. The trending subject was born after footage of Harry and Chris at the Don’t Worry Darling Venice Film Festival best appeared online. In it, Harry goes to go back to his seat beside Chris when he shocks forward towards Chris’ lap. Chris then looks down in a shocked way and the rest is history.