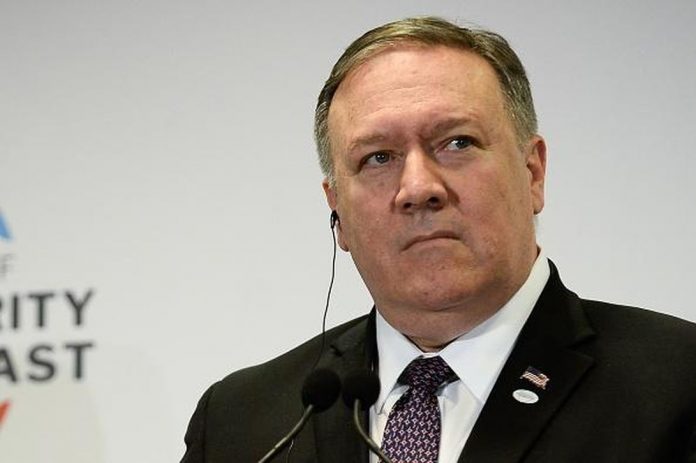 United States Secretary of State Mike Pompeo on Thursday stated the United States will not partner with nations that embrace Huawei’s innovation.

The relocation position emerges from security issues Washington has about the Chinese maker of mobile phones and networking devices.

“If a country adopts this and puts it in some of their critical information systems, we won’t be able to share information with them,” Pompeo stated throughout an interview with Fox Business. “In some cases there’s risk — we won’t even be able to co-locate American resources, an American embassy, an American military outpost.”

Huawei has actually been implicated of sharing details with the Chinese federal government, a claims the business has actually rejected. A variety of nations have actually prohibited making use of Huawei’s networking devices and rejected the business’s 5G pitch. Earlier this month, the United States federal government prevented European nations from utilizing Huawei’s 5G innovation.

Huawei CEO thanks US for ‘promoting’ its 5G program

Pompeo emphasized the security risks to Europeans again on Thursday.

“We can’t forget these systems were designed with express work alongside the Chinese PLA, their military in China,” he said. “The risk to privacy from this technology is very, very real.”

In an interview Thursday with CBS This Morning, Huawei founder Ren Zhengfei took issue with US government’s characterizations of his company and said he still hopes to bring its equipment to the US someday.

“They’ve been regarding 5G as the technology at the same level of the — some other military equipment. 5G is not an atomic bomb,” he said. “Now we are rolling out 5G, and soon we’ll welcome 6G. And in the future, I said there will be new equipment that is suitable for the United States.”

“We would encourage all governments to take an objective look at the evidence and maintain an open, engaged approach to 5G and other network developments,” he said in an email statement. “We believe the solution to more secure networks lies in co-operation across the whole industry. Excluding one supplier from technological developments in cyber security will damage technical and economic progress and harm competition in the ICT market.”