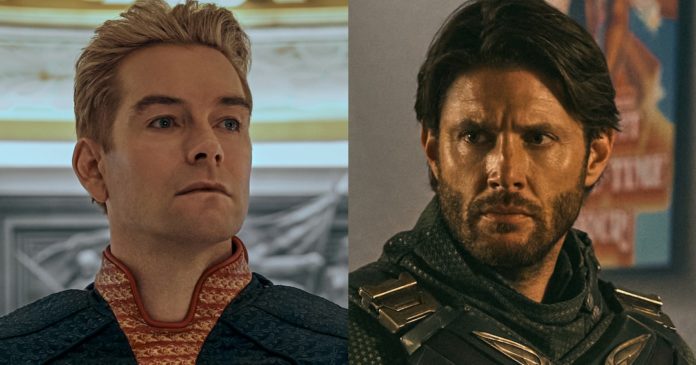 Warning: This story consists of spoilers for season 3 of The Boys

In the last minutes of the July 1 episode of Prime Video’s superhero series The Boys, Soldier Boy (Jensen Ackles) calls Homelander (Antony Starr) and exposes that their capabilities are comparable for a factor: They’re associated. The hero-turned-wanted-man, who is a parody on Marvel’s Captain America, discovered the reality previously in the episode, when he got a previous colleague who double-crossed him.

“The situation’s changed,” Soldier Boy, who attempted to eliminate Homelander in a previous episode, states over the phone. “And I thought we should have a conversation.”

Though Homelander is not at first responsive to the unanticipated call, Soldier Boy continues with his confession, sharing, “Fall 1980, I get called into Vogelbaum’s lab for an experiment. Some s–t about genetics. I still remember the Penthouse I used.”

To more spell it out for a baffled Homelander, Soldier Boy includes, “I beat my meat into a cup. Turns out, Vogelbaum made a kid born spring 1981. A boy.”

Understandably, this admission leaves Homelander speechless, particularly as Soldier Boy confesses that he would’ve gladly stepped aside to let his child take the spotlight– if he had not been caught by Russians, that is. He states aloud, “What father wouldn’t want that for his son?”