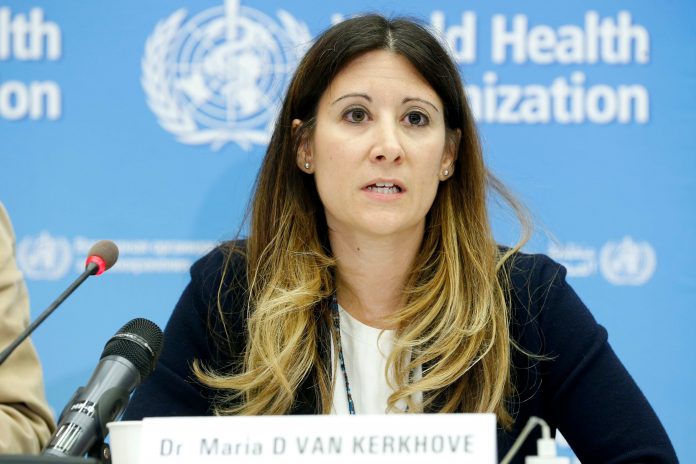 Maria Van Kerkhove, head of the World Health Organization’s emerging illness and zoonosis system, speaks throughout an interview following an emergency situation committee conference over the brand-new coronavirus in Geneva on Jan. 22, 2020.

The World Health Organization rushed Tuesday to clarify its remarks previously today that transmission of the coronavirus by individuals who never ever established signs is “very rare,” which drew apprehension from doctors and others throughout social networks.

“The majority of transmission that we know about is that people who have symptoms transmit the virus to other people through infectious droplets. But there are a subset of people who don’t develop symptoms,” she stated on a live Q&A streamed throughout numerous social networks platforms. “To truly understand how many people don’t have symptoms, we don’t actually have that answer yet.”

Asymptomatic spread of the coronavirus does happen, Dr. Mike Ryan, executive director of the WHO’s emergency situations program, stated throughout the Q&A. However, the part of asymptomatic people who send the infection stays a “big open question.”

“There is much to be answered on this. There is much that is unknown,” he included. “It’s clear that both symptomatic and asymptomatic individuals are part of the transmission cycle. The question is what is the relative contribution of each group to overall number of cases.”

“Some estimates of around 40% of transmission may be due to asymptomatic, but those are from models, so I didn’t include that in my answer yesterday, but wanted to make sure that I covered that here,” Kerkhove stated.

On Monday, WHO authorities stated asymptomatic individuals aren’t driving the spread of the infection, calling into question issues by some scientists that the illness might be challenging to consist of due to asymptomatic infections.

“From the data we have, it still seems to be rare that an asymptomatic person actually transmits onward to a secondary individual,” Kerkhove stated at a news rundown Monday from the WHO’s Geneva head office. “It’s very rare.”

Kerkhove stated Tuesday she was describing “a very few studies, some two or three studies, that have been published that actually tried to follow asymptomatic cases.”

“That’s a very small subset of studies,” she stated.

Ryan acknowledged that Kerkhove’s remarks produced a stir, stating they might have been “misinterpreted or maybe we didn’t use the most elegant words to explain that.”

“We need that debate,” he stated.

“If journalists and the public think we’re straying away from evidence, then fine,” he stated. That’s what this is for. If you believe there isn’t a basis for what we’re stating then let’s have that argument individually. That’s why we’re here. That was not meant. That was not the intent of the declaration.”