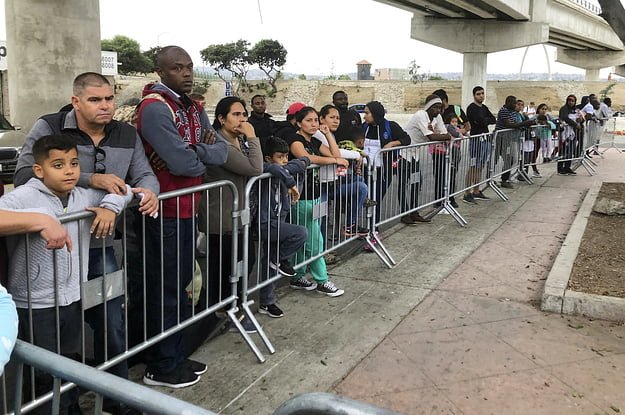 Dozens of households and kids, consisting of one as young as 5 months old, were separated at United States ports of entry in 2018 after looking for asylum, in spite of guarantees from senior Homeland Security authorities that immigrants who fit their profile would not be, according to an inspector general’s report gotten by BuzzFeed News.

The report discovered that 40 kids in this group were separated from their moms and dads for a minimum of 4 weeks, although one didn’t see their household for more than a year. Most of the kids separated were 13 years of ages and more youthful, according to the unpublished Department of Homeland Security Inspector General report. The separations came throughout the height of the Trump administration’s so-called no tolerance policy in between May and June 2018.

In one circumstances, the report determines a 26-year-old Guatemalan lady who appeared at a port of entry and declared asylum in addition to her 4 kids, ages 12, 8, 5, and 5 months. Customs and Border Protection authorities separated the mom from her kids on May 21, 2018, due to 2 previous deportations from the United States. The household was separated for 7 weeks. The mom informed inspector basic private investigators that she would no longer have the ability to nurse her kid as an outcome.

The report is the most recent federal government file to information myriad problems with the quickly imposed policy and appears to weaken previous declarations by senior Trump administration authorities, consisting of then-DHS Secretary Kirstjen Nielsen. The file comes more than 2 years given that the spring of 2018, when the Trump administration revealed the so-called zero-tolerance policy that targeted those who crossed the border without permission.

At a White House press rundown on June 18, 2018, Nielsen stated “DHS is not separating families legitimately seeking asylum at ports of entry. If an adult enters at a port of entry and claims asylum, they will not face prosecution for illegal entry. They have not committed a crime by coming to the port of entry.”

The DHS private investigators, which took a look at 12 ports of entry from July 2018 to April 2019, discovered in a different way. While 25 households who were separated appeared to follow this rubric, over half did not.

“Between May and June 2018, Office of Field Operations staff, operating without clear guidance, separated at least 35 asylum-seeking families at ports of entry for reasons other than the children’s welfare or a ‘legal requirement,’ such as criminal warrants,” the report states. “Instead, OFO separated these families based on the parents’ prior immigration violations, such as previously entering the United States without a visa…These reasons for the separations appeared to be inconsistent with CBP policy and DHS public messages regarding family separations at that time.”

One CBP authorities had actually stated openly in July 2018 that there had actually just been 7 separations at the ports of entry throughout this time duration.

CBP assistance at the time stated household separations must just take place in uncommon situations, like a legal requirement, a security or security issue, or an active arrest warrant. But the private investigators stated that assistance was unclear and did not information extra directions on when to different kids from their households.

The DHS private investigators stated CBP authorities did not regularly mark all the households separated and due to the fact that of that, it was uncertain the number of households had actually been separated at the port of entry prior to June 2019. After a federal judge needed DHS in June 2018 to stop separations missing particular circumstances, CBP authorities released assistance that caused a substantial drop in apart households.

Previous reports by the inspector general and the Government Accountability Office recorded problems with the policy.

In November, the inspector basic discovered that DHS authorities did not have the innovation to track all the immigrant households who were separated at the southern border, so the guard dog might not verify if there were more than reported and if they had actually been reunified. The bad reporting systems were understood to United States Customs and Border Protection authorities for months, however went unaddressed throughout the zero-tolerance strategy that separated numerous households, the report included.

In March, the Government Accountability Office discovered that all United States firms associated with separating immigrant households stopped working to properly track moms and dads and kids, making it hard for the federal government to reunite them sometimes. The report took a look at the coordination in between the DHS and the Department of Health and Human Services (HHS), which takes custody of apart immigrant kids.