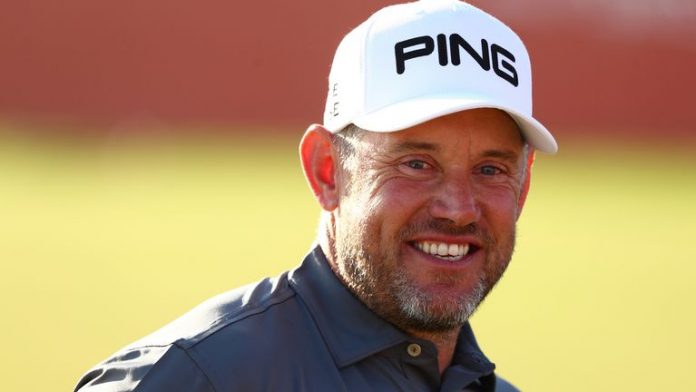 Lee Westwood has revealed he will not compete on the PGA Tour or travel to play in the USA until quarantine restrictions are relaxed.

Get the best prices and book a round at one of 1,700 courses across the UK & Ireland

The PGA Tour season is set to resume without spectators at the Charles Schwab Challenge from June 11-14, with Westwood currently in the field for the return event at Colonial and the RBC Heritage the following week.

Travel restrictions in the United States currently enforce a 14-day quarantine period for anyone travelling into the country, with Westwood against the idea of an extended spell in the USA.

“I’m entered for the Colonial and the RBC Heritage as well as there’s top-50 in the world exemptions for those two events, but right now I won’t be playing them,” Westwood told the Golf Channel.

“Not with having to leave here two weeks before, quarantine, then play the two tournaments, then come back and quarantine again. It’s six weeks for two tournaments and to me, it’s just not worth it.

When will pro golf return?

A look at the earliest possible dates for each professional tour to return.

“It’s not worth taking the risk if everybody thinks that those kind of precautions have got to be in place. I don’t feel like golf’s a priority, it’s that severe.”

Westwood remains in the running for a record-equalling 11th Ryder Cup appearance this autumn, with victory at January’s Abu Dhabi HSBC Championship moving him inside the qualification standings for Padraig Harrington’s side.

The qualification period has been severely hampered by the coronavirus pandemic, with a host of tournaments cancelled and three of the four majors rescheduled for later in the year, with Westwood believing the qualifying system may have to be changed.

“We haven’t played any majors in the qualification process, there’s a few World Golf Championships missed off there and there’s a BMW PGA Championship at Wentworth, that we would finalise it in that’s now looking like being moved and out of the qualifying,” Westwood added.

“I know we’ve only played for 37 per cent of the points on the European Tour so a lot of things can happen. It’s a tough one, but I think we might have to modify it a little bit.

“I think Padraig’s pleased with the way the team’s shaping up and how qualifying has gone, but at the same time there’s some people on the outside of it who would have been some of the favourites to get in there. I’m glad I’m inside it right now and it feels like my fate is in my hands.”

Westwood will host the Betfred British Masters in July, which is currently scheduled to be the first event back on the European Tour schedule, with the former world No 1 looking forward to the prospect of hosting the event at Close House.

“All being well, it’ll be the first one back,” Westwood said. “I don’t think there’s anything really planned before that. We’ve got our fingers crossed that nothing goes wrong, there’s no second waves, quarantines get lifted and we can have a successful tournament.

“The golf course is in fantastic condition and you could play a tournament out there right now, so the rest that the course has had – nobody playing on it for seven or eight weeks – has obviously done it good.

“We’ll be playing it behind closed doors, so obviously no fans there like how the PGA Tour is starting. It’ll be a mix of excitement and I guess trepidation and everybody feeling a little bit wary that they don’t do the wrong things and they do all the protocols right. I think everyone will be on their toes.”